A trip to Nepal is not complete if you have not been to the Chitwan National Park.

Lifted straight from the pages of Rudyard Kipling’s book, the steamy jungles of the southern Nepal are a home to one of the best wildlife watch in Asia, if not the world. Within the Terai plains, visitors can seek out tigers, elephants, rhinos, monkeys, bears, deer, crocodiles and Gangetic river dolphins. 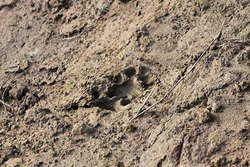 The Royal Bengal tiger, one of the most majestic animals in the world is difficult to spot, but if you are lucky, you will see fresh tiger tracks on the banks of Narayani and Rapti. The one-horned rhino is yet another celebrity of this national park.

With more than 867 species of birds, Chitwan National Park is a birdwatcher’s paradise. Keep your eyes peeled above-most of the sightings occur in the limbs of the trees.

Apart from the fauna, this huge and beautiful nature reserve protects 932 sq km of Sal forest, water marshes and rippling grassland. The museum at Kasara, the park headquarters, has informative displays. Near the headquarters, visitors can see Bikram Baba, a Hindu religious site of archival value. A short walk from the park headquarters will take you to the Gharial Breeding Center, which is also home to the Marsh mugger and a number of turtles. And you will also love the Chitwan Hatisar Elephant Breeding Center just around the corner.

This World-Heritage listed national park is the nation’s most famous national park, known for its abundance of wildlife. Getting around the jungle is a mix of elephant safaris, jungle walks and jeep trips. Elephant safaris and jeep trips will give you an effortless wildlife watch. But if it is adventure that you want to seek out, try exploring this huge jungle on foot. And for those who want to extend their Chitwan National Park experience, overnight jungle hike deeper into the jungle(with the guide, of course!) can be rewarding.

How to get there:

Bus: By far, the easiest way to reach Chitwan National Park is by a tourist bus from Kathmandu or Pokhara. In either direction, the journey takes six to seven hours and the fare is Rs 300 to Rs 350.

The final stop is Chitrasali, about 5km from Sauraha – jeeps and hotel touts wait at the bus park to transfer new arrivals to Sauraha for Rs 50.

Car: Travel agents can arrange transfers to Chitwan by private car. The going rate for a car and driver is around $60 and the journey from Pokhara or Kathmandu takes about five hours.

Air: Yeti has daily scheduled flights from Kathmandu to the tiny runway at Meghauli for $82, but you’ll need to make advance arrangements with your lodge for a pick-up as there is nothing in Meghauli. If you’re bound for Sauraha, it’s better to fly into Bharatpur near Narayangarh and take a taxi. NAC and several private airlines offer daily flights to Bharatpur from Kathmandu ($54 to $70, 30 minutes) and Pokhara ($44, 20 minutes). A taxi from the airport to Sauraha will cost around Rs 600.

River: Package organizers in Thamel will also arrange rafting trips to Chitwan. The trip normally starts at Mugling, 110 km out of Kathmandu on the Kathmandu-Pokhara-Chitwan road. The trip itself is an easy river cruise that takes two or three days. The price ranges from $30-$75 per day.

The best time to visit Chitwan is from October to May. The weather is pleasant from October to February with a temperature of about 25o C. For bird enthusiast, the best time is between September and November, and February and April when migratory birds create spectacular bird watching opportunity.

For all activities inside and outside, visitors must pay Rs 500 for a park permit.