Born to a musical family, it might have been expected of Shreya Sotang to become a singer like both her parents, however, it never came to her as she was growing up in the family. It happened after she completed her plus two levels. It had just come as a thought and she shared it with her parents Uday and Manila Sotang who helped her and supported her to bring out her own album. Although she used to listen to her parents’ songs while she was growing up, she never thought she would be recording a song of her own but she did and today we have a complete family of singers. 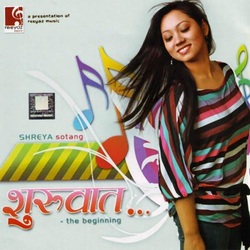 She believes that taking the right steps, choosing the right songs and giving your best can help maintain the success throughout your career although she is not certain if she will always be as famous as she is now. With the goal of maintaining a smooth career as a singer, she wants to sing songs she and everyone else could be proud of. It doesn’t matter what others think unless you trust your judgment and are happy in what you are doing has now become the motto of her life.

To be a part of Uday and Manila’s family and to carry the legacy is definitely a tough job. But with determination, there could be nothing impossible and although she has an influential background when it comes to music, she tries not to use it and achieve her goals on her own. Apart from her parents, the Nepali singers that she considers her favorite are Ciney Gurung, Hemanta Rana, Shiva Pariyar, Dharmendra Sewan and Sashi Rawal.

Uday and Manila Sotang are one of the most popular singer duos in Nepal and after the entry of Shreya Sotang in the music scenario, they have a complete family of singers and maybe in near future, the duos would pass their family legacy (of singing) to her.